Friday 13th proves to be lucky for black cat Beyoncé

Black cats and Friday 13th don’t sound auspicious when joined together in the same sentence, but last Friday they proved to be just that for one little cat. This black one year-old was discovered early one morning in April in Belsize Village Square in London, too frightened to leave the cage in which she had been dumped, despite the door being missing.

Luckily, she happened to be 10 feet away from the front door of Village Vet Hampstead *– and she was taken in by one of the hospital staff. With no
collar or microchip, however, attempts to find her owners proved unsuccessful. So they fed and looked after her and christened her Beyoncé.

She was extremely timid, too nervous even to be held, and she had an unusual habit of eating with her paw rather than straight from a bowl. Tom
Heward, Village Vet Recruitment Manager, grew particularly fond of Beyoncé during her stay at the hospital and decided to adopt her. The date was set – Friday 13th 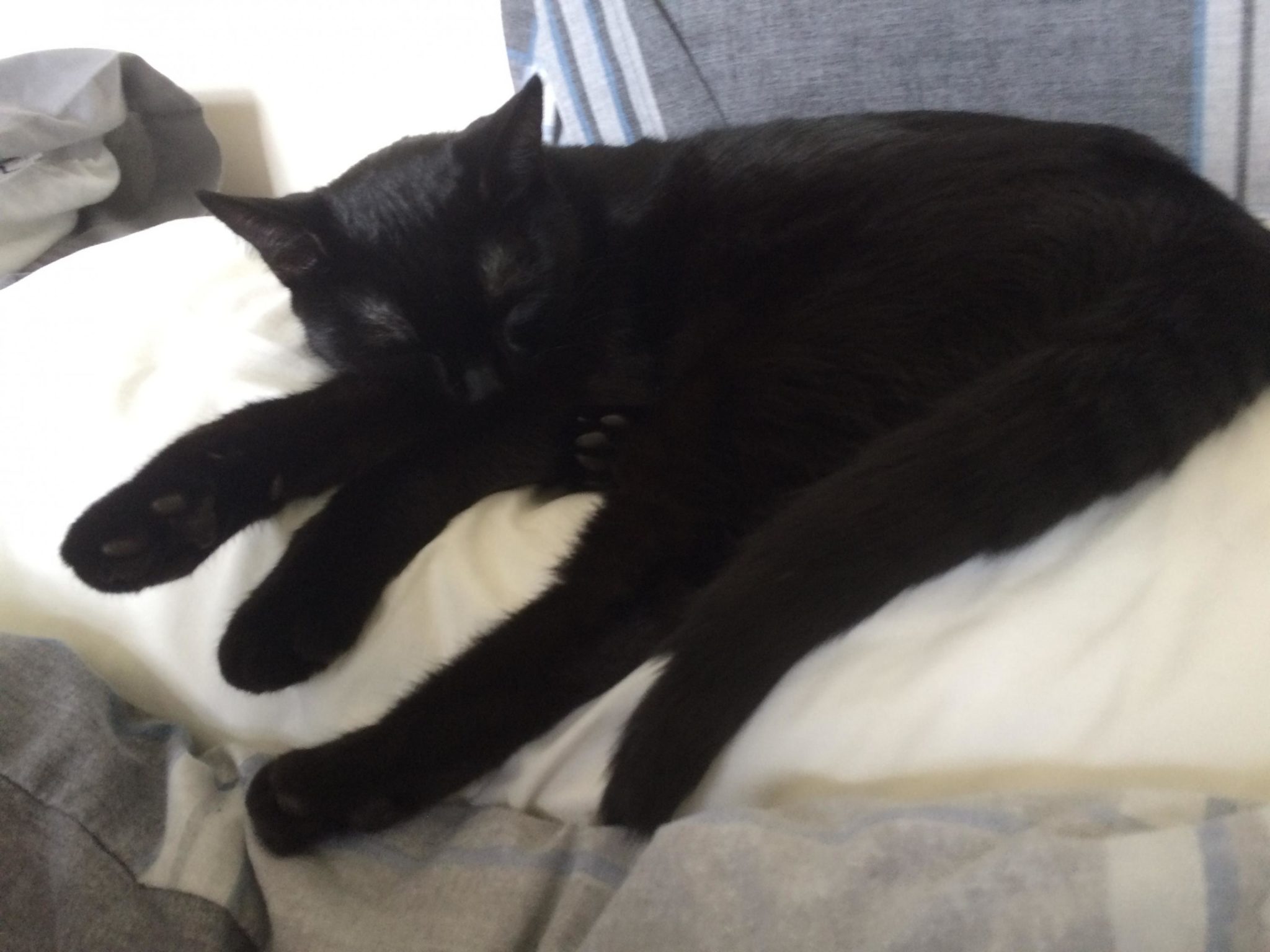 May – for her to go home with her new owner. She was transferred to Village
Vet in St Albans where
Tom collected her at the end of his working day.

After trying out a few different names on her, Tom said he saw her prick up her ears at Trixie. So it’s goodbye to Beyoncé and her harsh London life, and hello Trixie the Hertfordshire kitty.

If you are thinking of getting a kitten or a cat, please consider adoption/re-homing as an option.