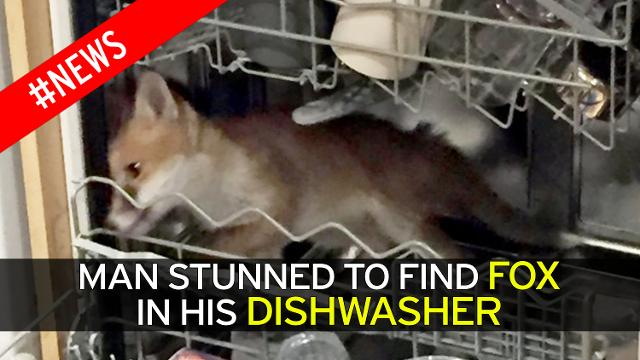 Last week we posted a photo on our social media channels of a fox cub that managed to find its way into the dishwasher of our very own Dr. Simon Hayes – he discovered the cub on Sunday evening and we still aren’t sure who was more surprised! You can read the full story in Simon’s blog and view the original post on our Facebook page. We have also added the original unedited video to our YouTube channel.

When we posted the story, little did we know that it would garner the attention of the media to such an extent. Within 24 hours, we were contacted by media outlets from all over the United Kingdom, United States, Sweden,
Canada, and beyond. We even ended up in New Zealand!

Dr. Hayes, who is no stranger to interacting with the media for various charitable and awareness causes, was interviewed about the story for almost the entire week. We were pleasantly surprised when we found out that almost
all the major UK newspapers covered the story.

Here is a sampling of news outlets that we found online who covered the story:

An estimated 33,000 foxes now live in or around urban areas, according to research by Bristol University. There are thought to be 16 per square mile in London alone. Britain has some of the highest-density fox populations in the world but they cause remarkably few problems as per the BBC. They are a regular feature on BBC Springwatch, but they do tend to divide opinion in the public domain.

The RSPCA provides a handy guide on what to do if you have foxes in your area, as well as what to do if you come across an injured or sick fox. You can also contact the National Fox Welfare Society or your local Wildlife Rescue service. After all, not all foxes find the house of a veterinarian to hide in.